More ARMv8 in the cloud than ever before.

The ARM cloud scene just got more interesting with Scaleway’s announcement of their new ARMv8 product.

We wanted to have a quick look at the performance of those ARM cores, so we spun up a node and poked around. Here’s what we found.

Scaleway’s “ARM64-4GB” is based on the ThunderX ARMv8 SoC from Cavium, and comes with 4 cores and 4GB RAM. From the UI, only Ubuntu 16.04 and Debian 8 images appear to be available.

We spun up one of these and installed the OpsDash Smart Agent which is also available for monitoring ARMv8 platforms. Here’s the default dashboard for the instance: 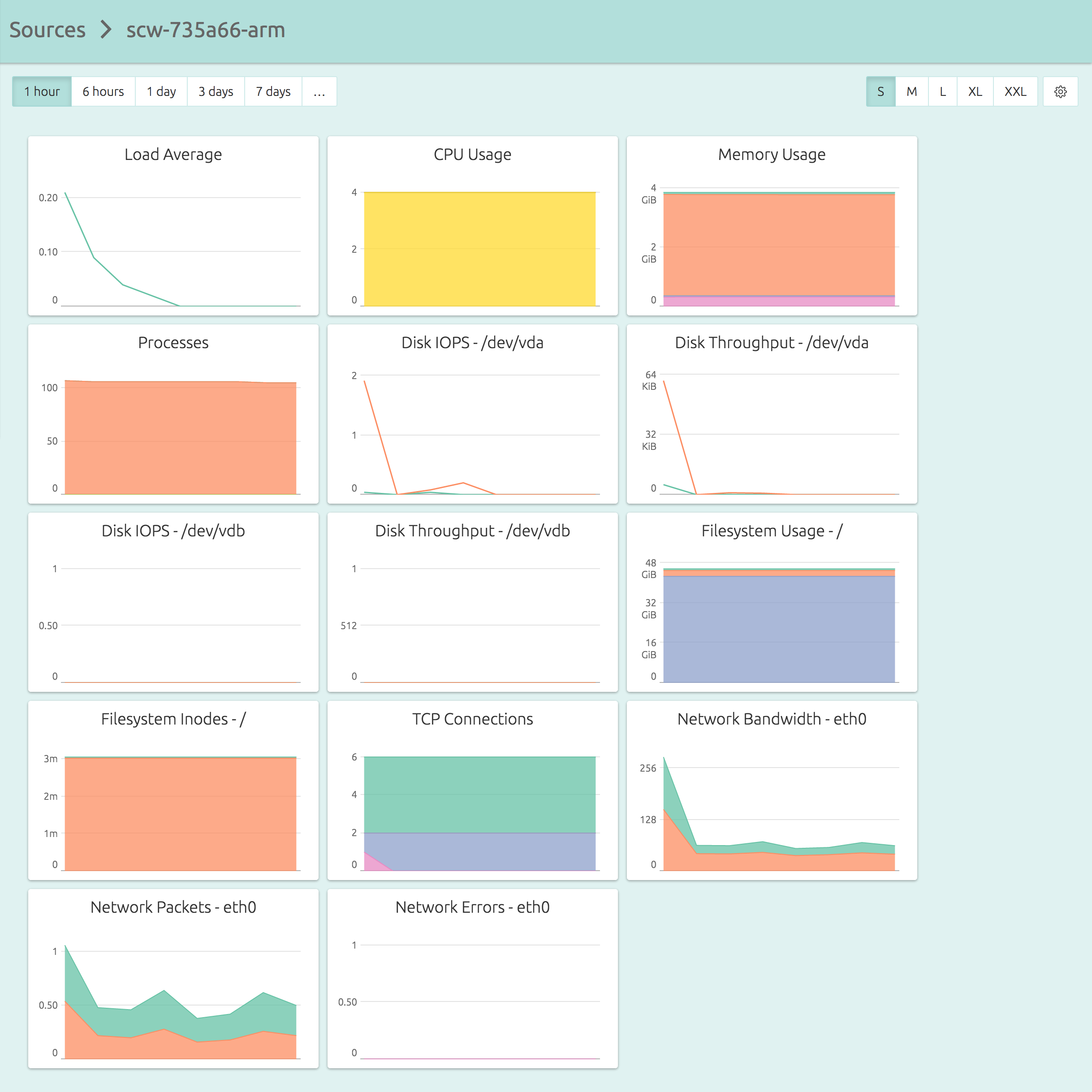 You can see that the bundled 100GB SSD disk comes as two separate block devices.

We ran a simple CPU benchmark, stressing all the cores:

The total time was 65.2214s. Considering what is coming up next, that is impressive! Here is how the graphs looked during the execution:

Since Scaleway also has a “VC1M” product with the same RAM and same number of cores but running on Intel Atom C2750, we were curious as to what numbers that would have. We spun up a VC1M node:

and tried the same benchmark:

Which made us even more curious – what numbers would we get on DigitalOcean and Vultr?

So we spun up a 4-core server on DigitalOcean that comes with 8GB RAM. Here’s what /proc/cpuinfo said:

Again, we ran the same benchmark:

Vultr offers a 4-core VM with 8GB RAM. The VMs do not expose the physical CPU model or make, although they are Intel 64-bits. Here’s the sysbench result:

This was not a very scientific test, just a quick comparison of a new product. However, the results are quite interesting, especially considering that the prices for the products in this chart vary from €5.99 to $80 per month! 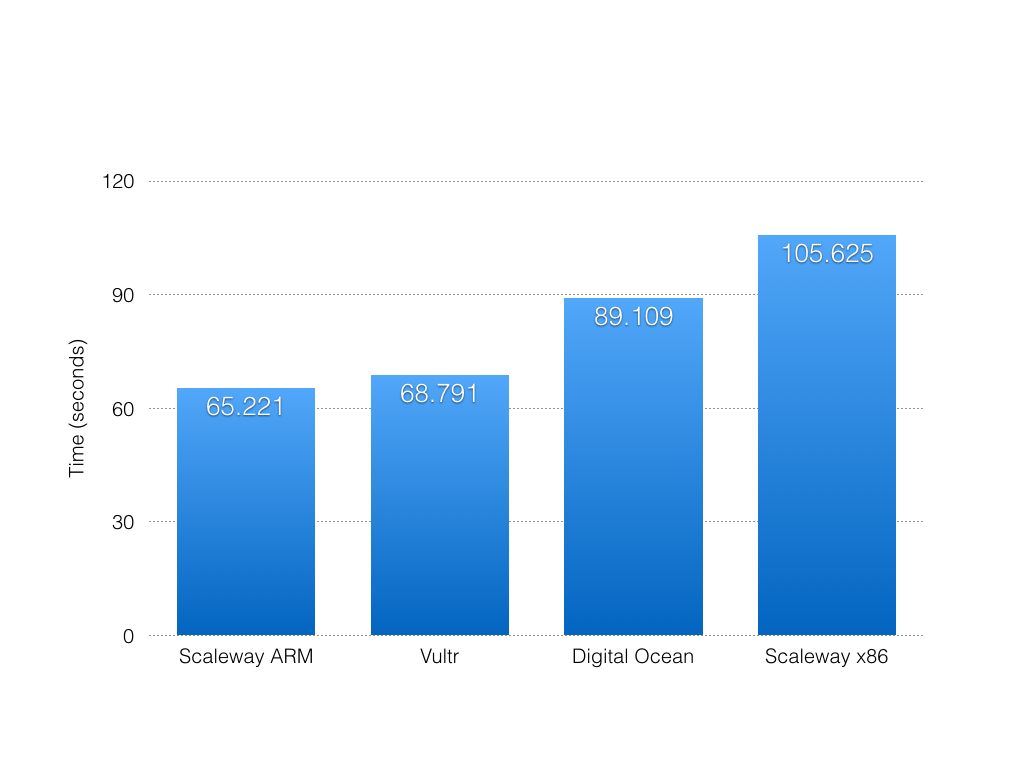 We are excited by the expanding ARM cloud offerings, and especially the way it’s introducing different price ratios for CPU and RAM. Maybe we’re seeing the beginning of hybrid-architecture cloud deployments? Interesting times!

OpsDash can be used to monitor ARMv6, ARMv7, and ARMv8 infrastructure. Monitor your Scaleway or Packet setup or even your own Raspberry Pi. Signup for an OpsDash Free Trial to check it out!