OpsDash now supports monitoring MongoDB. You can quickly start monitoring your MongoDB instances without having to install plugins or agents. OpsDash provides a well-thought-out dashboard that displays metrics that are most relevant to the health and performance of the MongoDB instances being monitored.

Add your MongoDB instance as a new service to be monitored in OpsDash:

You can specify a username and password if the database requires authentication.

Within minutes, and without any further fiddling, you will be able to see a dashboard like this:

OpsDash dashboards are carefully designed to surface important metrics by default. Here are the graphs that are included in the dashboard:

Production MongoDBs are usually set up with multiple secondaries, which remain in constant sync with the primary. Secondaries may fail to do this for various reasons, like bad network, a crashed mongod process or a primary that is simply too fast for the secondary. These situations result in a “replication lag”.

During normal operations, the replication lag should be within a reasonable upper bound of time, depending on the size and scale of your MongoDB usage. 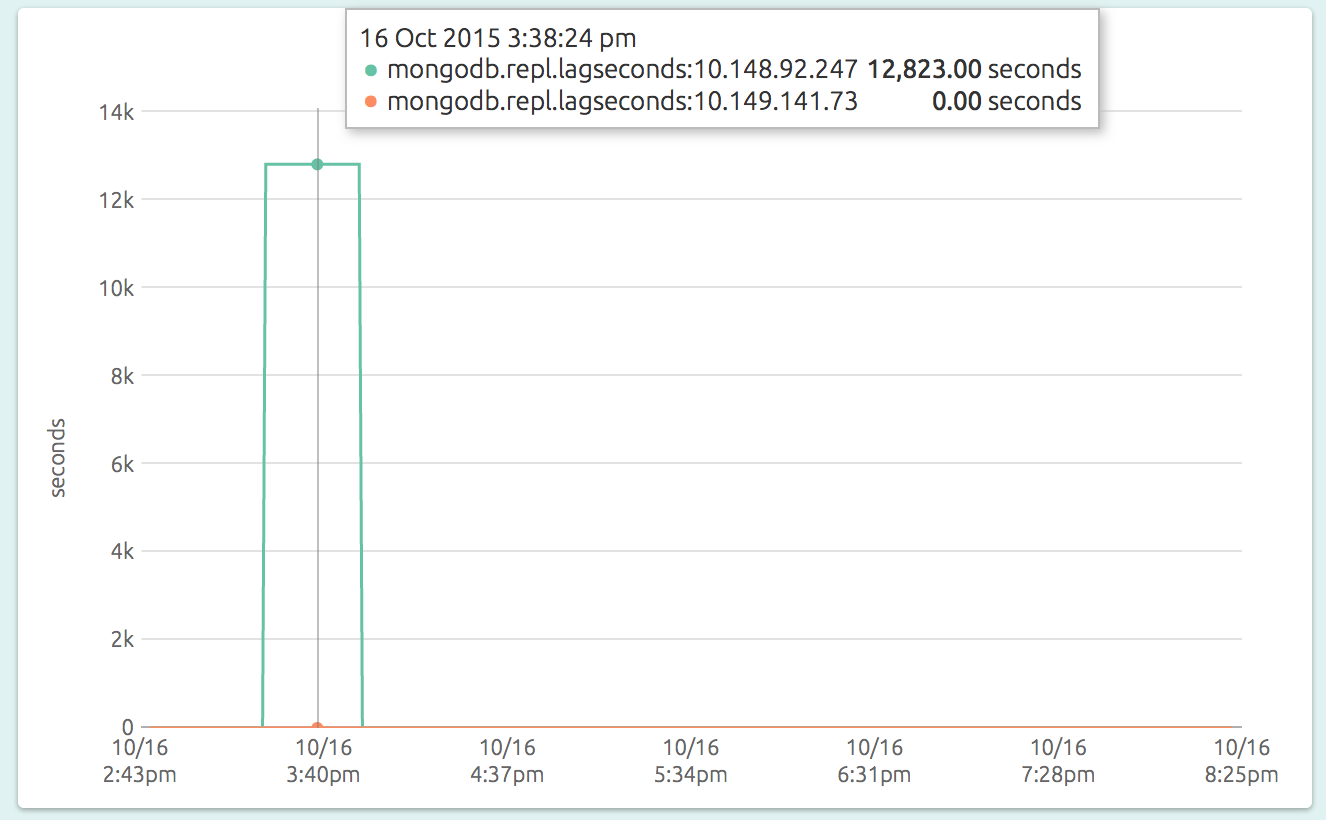 The graph has a line for each secondary, plotting the current replication lag between that and the primary, in seconds. Here you see that one of the secondaries (at 10.148.92.247) lagged for a while before the situation was corrected, while the other secondary (at 10.149.141.73) remained in sync all along.

You’ll want to set warning and critical upper limits for these metrics so that you can catch a runaway secondary before it is too late.