Your PostgreSQL server comes with the ability to replicate it’s data across the network. This replication can be done in various ways, to suit different needs. Read on to learn more about the hows and whys of PostgreSQL replication configurations.

A 2-server master-slave topology is obviously the simplest replication configuration. In PostgreSQL terms, the master is usually called a primary, and the slave, a standby.

The standby is, well, a standby, and if the primary goes down, you can automatically or manually promote the standby to a primary. The clients will have to be instructed to (re)connect to this new primary.

Can we make the standby more useful though?

It’s easy enough to make the standby into a hot standby. Hot standbys allow clients to connect, and perform read-only transactions. Transactions that attempt to modify data will fail.

To do this set hot_standby to on in the postgresql.conf for the standby. Read more here.

This is nice, because in addition to being ready to be promoted as a primary, the hot standbys can also be used to run reports, analytics etc. In other words, the hot standby is a read replica.

But you need to watch out for one thing though.

Consider a client that performs a write transaction on the primary, involving transferring money from one account to another. Another transaction, a read-only one, runs on the read replica, querying the account balance and displaying to another.

All good? Well, not if you look at your account just after transferring money into it and find that the balance hasn’t gone up. Oops.

The write transactions at the primary take a while (exactly how long totally depends on your configuration and load) to get replicated and applied into the hot standby. This means that a client querying the read replica will see an earlier – but still consistent – view of the data than the primary.

In some cases, like nightly-run reports or lengthy analytics queries, this is probably acceptable. In other cases, like this one, not quite so. To avoid this, we need to run such queries on the primary and not the standby – which brings us back to the first configuration.

Changes to the data managed by your PostgreSQL server happen only within transactions. The server basically reads data into memory and modifies it during the transaction. Just after the transaction ends, the modified data is still in memory, and the server has a few options:

You can actually configure your PostgreSQL server to take any of these actions. And that’s pretty cool, as these things go. Here’s how you can make the settings for each of the options above:

The synchronous replication comes at the cost of increased transaction time, but both servers will present the same point-in-time view of data to clients.

It is still read-only, though. Can we allow writes to it as well?

If writes were allowed at both servers, it would form a “multi-master” configuration. Although stock PostgreSQL does not support multi-master configurations, it does have a feature called logical replication, available since version 10.

Logical replication lets you push changes from selected tables to other servers. There is no restriction that the receiving server be read-only.

You can read more about it in this blog post and in the docs.

Logical replication does not provide true multi-master features, like Galera or Group Replication do in the MySQL-Percona-MariaDB world. Indeed, it is more of a tool in your toolchest that can be applied in certain use cases. If you really need multi-master replication in PostgreSQL, start here.

One Primary and Two Standbys

Let’s have a look at topologies with three servers. Here is one with a primary and two read replicas:

You can also have synchronous replication between the standbys instead:

With multiple synchronous standbys, you now have more possibilities. Turns out our “synchronous_standby_names” option from before can do more tricks. Once a transaction is ended, the changes can be sent to:

How’s that! Compare that to Cassandra’s write consistency options!

A full discussion of the syntax is out of scope here, but check out the docs for more info.

Finally, it is possible to cascade the replication:

Where to go from here

Replication in PosgreSQL represents a whole lot of features, knobs and levers accumulated into a stable codebase over more than a decade. Understandably, it takes a lot of reading and experimenting to get to any level of comfort with it.

Start at the top here, and keep going! 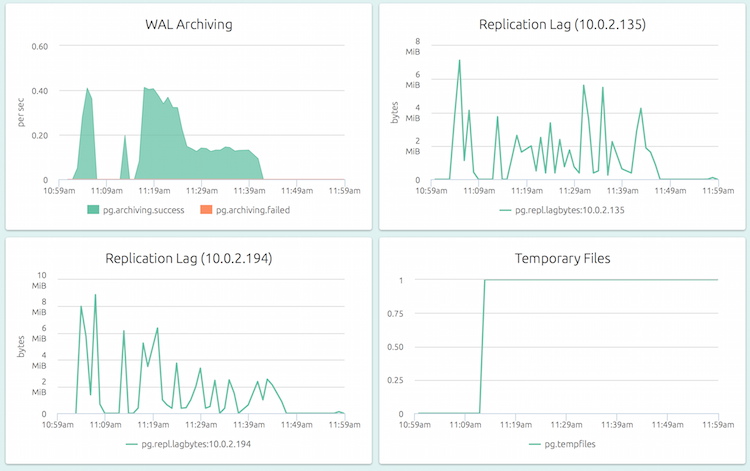 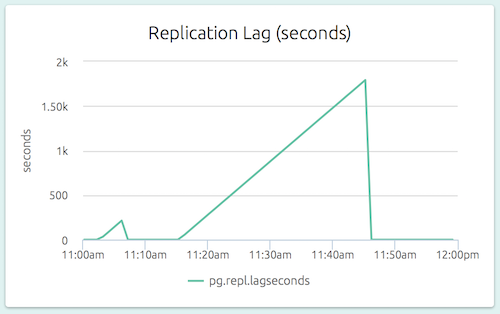